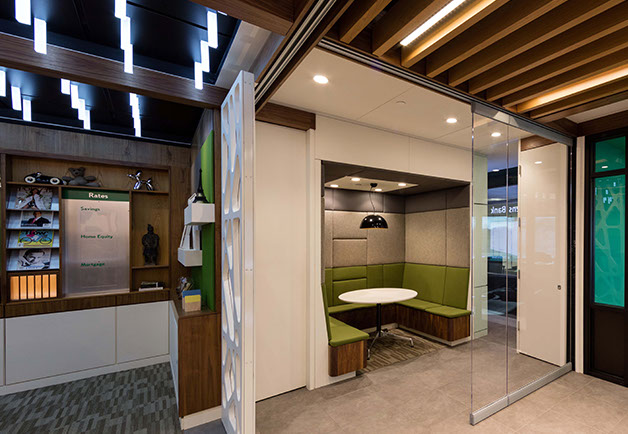 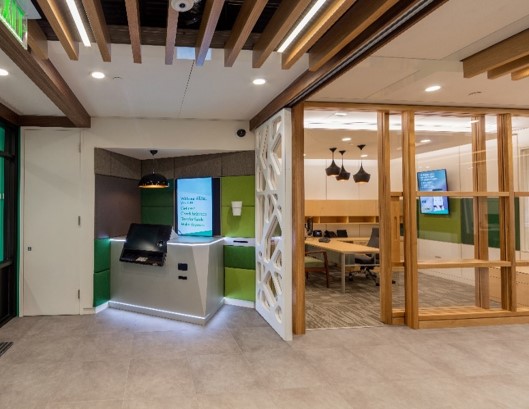 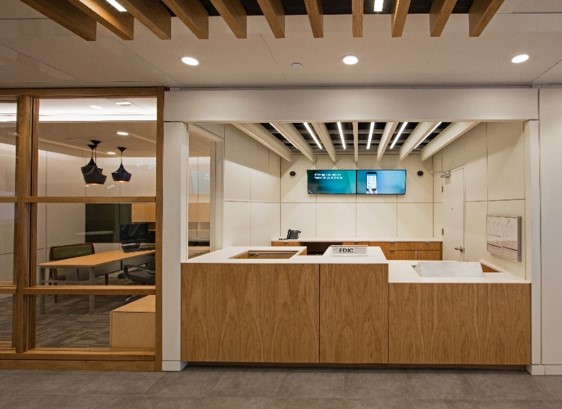 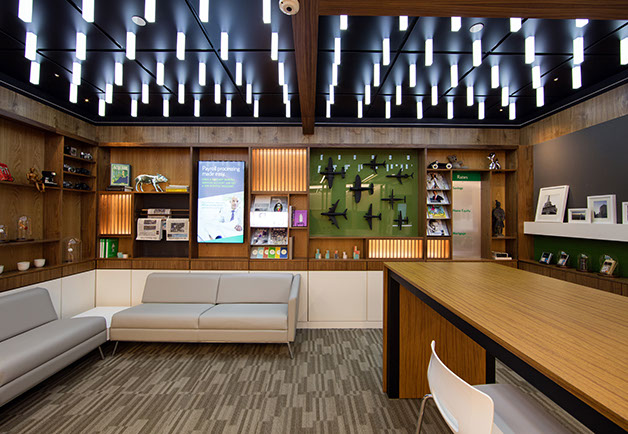 Citizens Bank wanted to unify the appearance of all of their banks across the USA. A modular design concept was created giving the bank the ability to fill any bank’s ‘foot-print’ with the modular units. LED is the primary lighting source throughout the bank, with incandescent pendant accentuating office areas and the ATM machine. Linear four-foot LED pendants and recessed downlighting illuminates the general areas. The linear pendants are used to accentuate the warm wood ceiling slots, giving them a glow. In the Financial Advisors area, a double layered ceiling was installed. The upper ceiling has 3 watt LED’s on a grid pattern which aligns with a lower ceiling of hanging frosted acrylic sticks that glow from the LED’s.