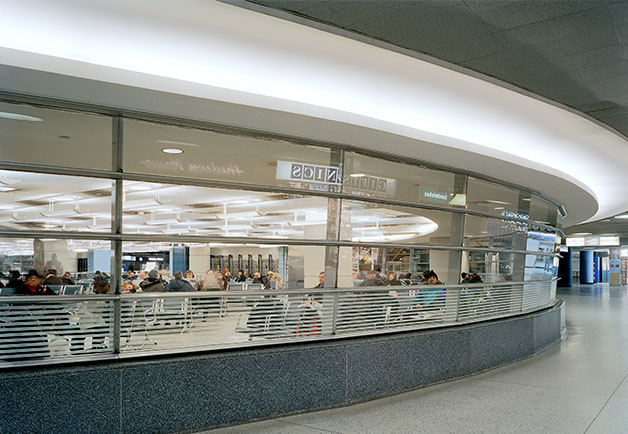 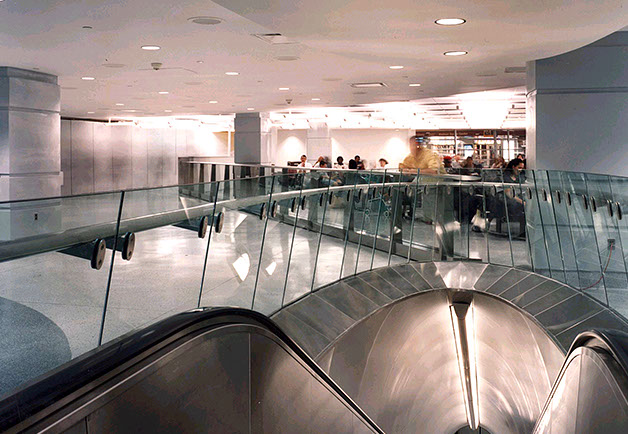 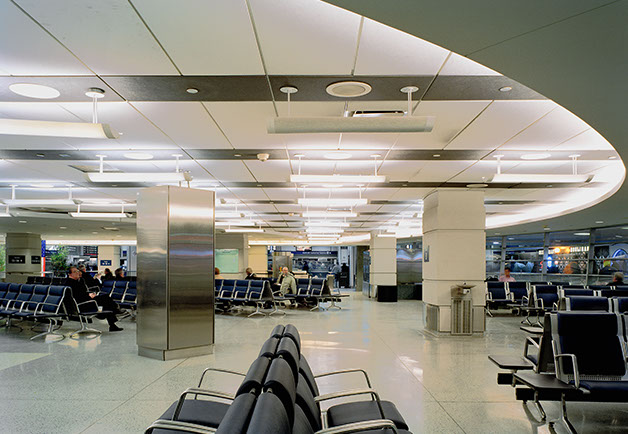 Lighting design services were provided for the Amtrak High Speed Rail area of Penn Station New York City, which included the information booth, waiting area, ticket area, escalator to platforms and entries on 32nd & 33rd Streets on 8th
Avenue. One of the many challenges included low ceiling/slab clearance and working in one of the busiest rail stations while in full operation. The design team wanted to create a waiting area that had a feel of openness. This was achieved by enclosing the waiting area with glass and mullions, to give the customer the feel of looking into the ‘vastness’ of the station. Cool colors were utilized to give a soothing effect while waiting. A skylight (frosted acrylic panels backlit by cool
color temperature fluorescent lamps) was added to the lowest ceiling area to give the ceiling a feeling of depth.

The escalator leading to the platform had a custom fixture lending itself to a very futuristic look, which was in line with the design of the new Acela train.